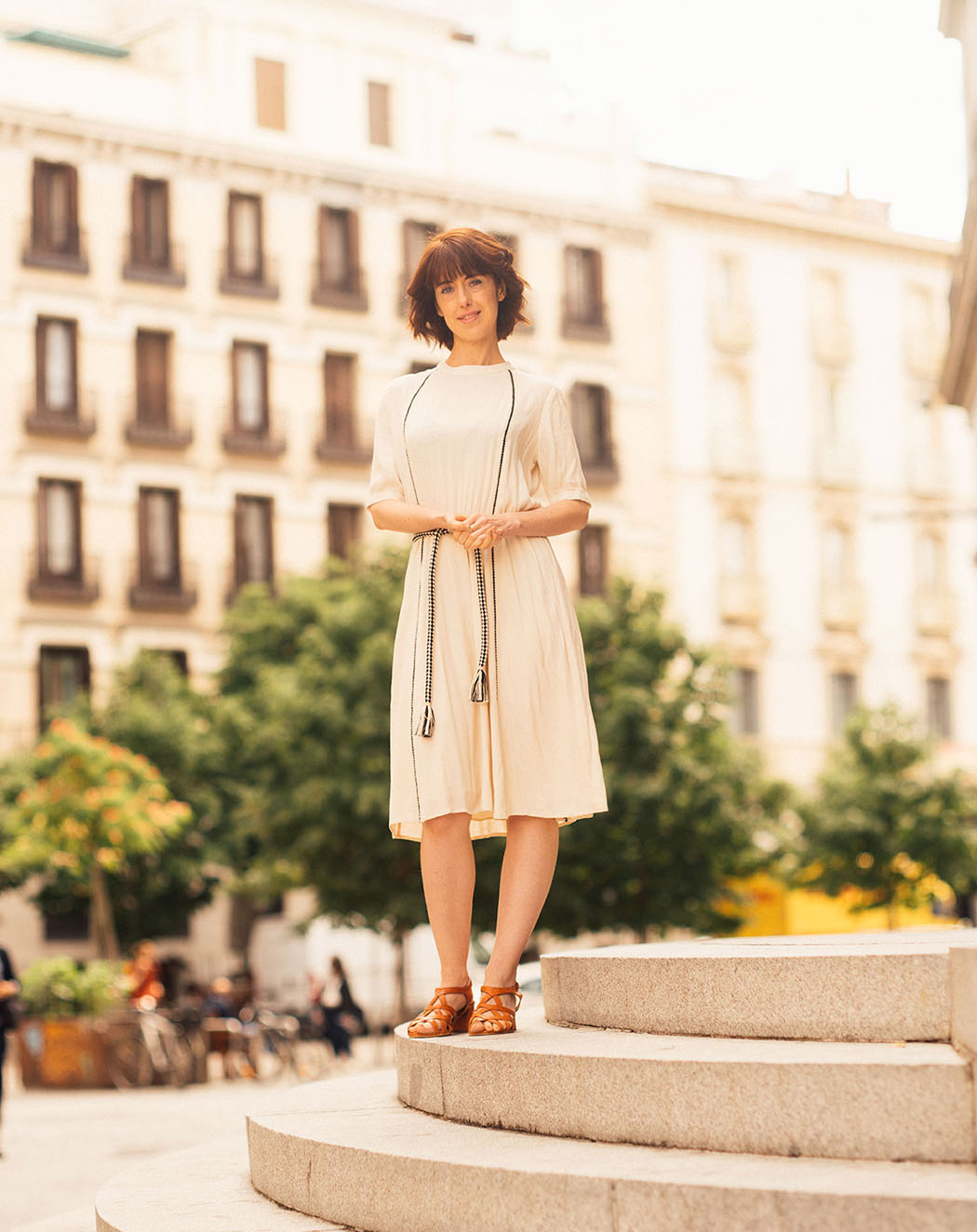 All of civilization fits inside the irreverent, poetic, and caustic prose of Irene Vallejo’s Infinity in a Reed. Her prose renounces the straitjacket of the academy and the banality of most popular literature. The best-selling novel, which has sold 150,000 copies worldwide, has been translated into thirty languages.

Amid the urban clamor, with a serene voice Irene Vallejo pronounces “once upon a time.” And the magic happens. A hole opens in the gray wall of the past, into which she plunges her head and then her entire body. She walks with such confidence through the intricate forests of literary tradition that she convinces us to follow her. She carries the light of her young, daring, and precise words. With them, she faces the wall of other words: the great, serious, and classic words of human history. A thrilling expedition has begun.

And it has a name: Infinity in a Reed (2019). A project as ambitious as its title and, one might even say, out of place in a sick age full of immediacy and levity. The impassioned teacher from Zaragoza, far from large capital cities and the publishing industry, dares to take a new direction. She turns to the slow-moving roots of our world —from which everything sprang, even the chaotic present— to circumnavigate words. She records her obstinate efforts in stone, on papyrus, silk, fabric, paper, even in light (as in the digital universe), and in that memory device that is the book.

Irene is a citizen of her time, although she reminds us constantly that globalization began in Alexandria, that an epigram by Martial has the dimensions of a tweet, that Plato was as tyrannical as Stalin, that tragedy was the audiovisual experiment that preceded cinema… and that the snake in the story bites its tail and looks more like a river than an arrow. If the Library of Babel, overwhelmed by an excess of unprocessable information, is a metaphor for the internet, Irene prefers the Library of Alexandria: inclusive, serene, interconnected, translatable. A bridge of cultures, eras, and worlds, like her book.

All of civilization fits inside the irreverent, poetic, and caustic prose of Irene Vallejo’s Infinity in a Reed. Her words renounce the straitjacket of the academy and the banality of most popular literature. And, to the surprise of everyone —author, publisher, and market— her book has become a best seller, with 150,000 copies sold worldwide. It has been translated into thirty languages since its release in late 2019. 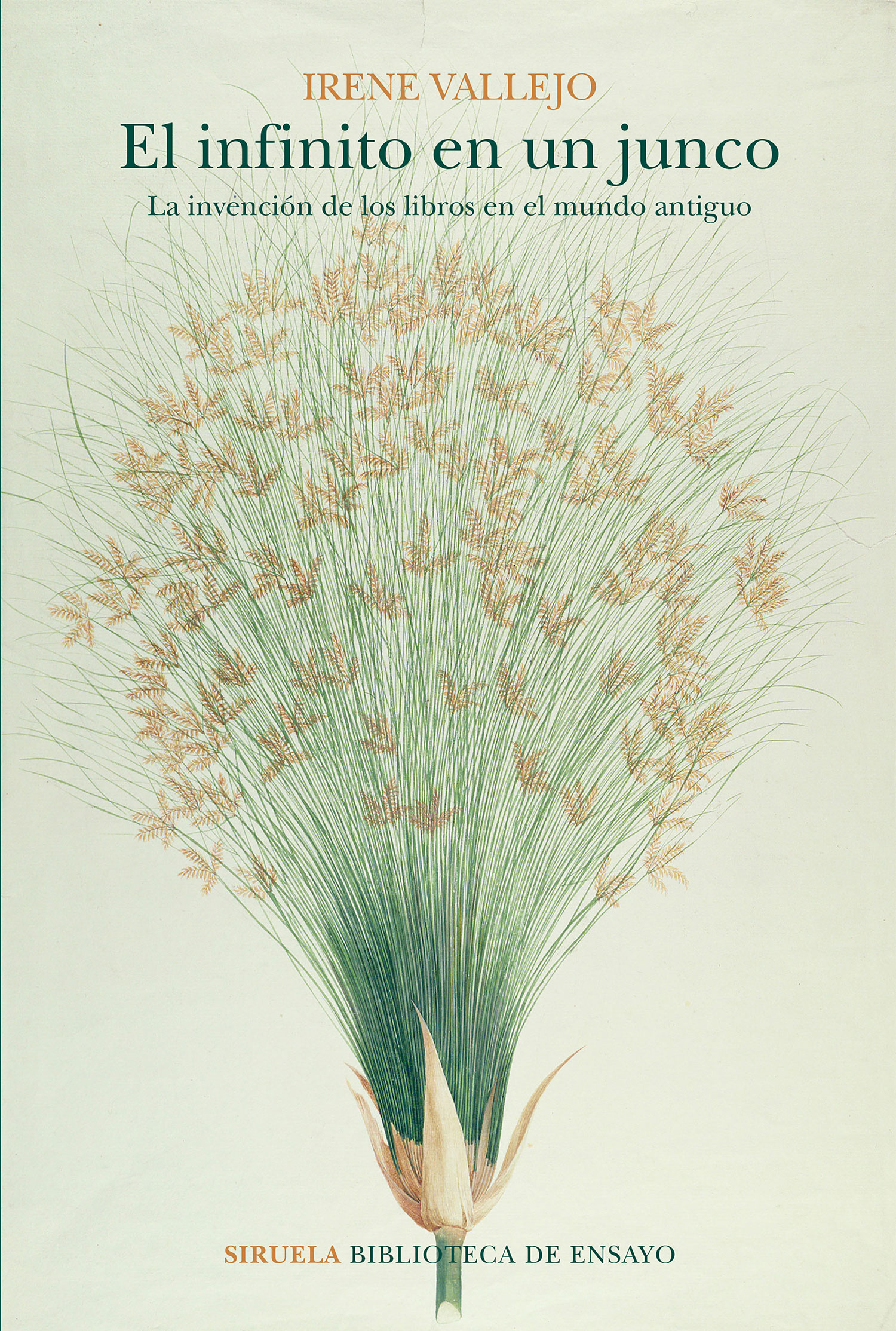 This book, which brings back the urgency of classical literature, has become a contemporary classic in which Irene makes one more stitch in the unraveling fabric of the letters that have shaped us. There, shoulder to shoulder with the thousand-year-old guardians of books (emperors, scribes, librarians, monks, students, and publishers) of whom she writes, she reveals herself as the greatest guardian of all, one who lives in an age disenchanted with memory.

The author spoke to Panorama of the Americas in the following exclusive interview. 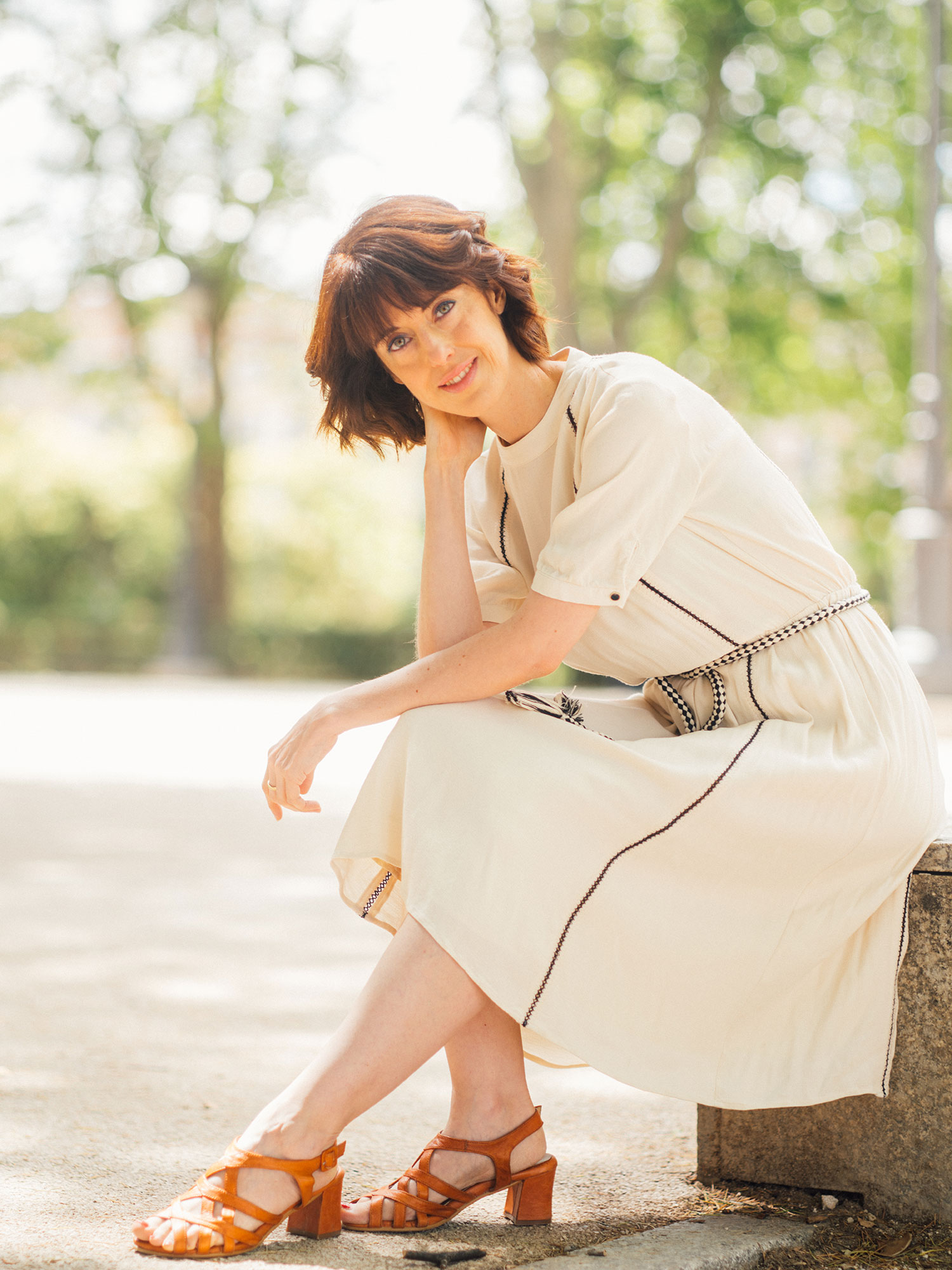 What does it mean for a writer and her work to suddenly become the protagonists of a such a big publishing phenomenon?

Personally, I experience the generous affection of my readers as an immense privilege. Their amazing hospitality has made my childhood dream come true; I wanted to dedicate myself to writing with absolute creative freedom. I am overwhelmed with work and there aren’t enough hours in the day, but it’s a gift to be able to choose my projects. This, in turn, comes with the weight and responsibility of living up to the task. I’d like to contribute in my own small way, to bring to the collective conversation topics such as care and fragility, the intellectual contributions of women throughout history, and the value of the humanities and education in the world of the future.

Which library would you rather inhabit: Babel or Alexandria?

I have an irresistible fascination with the legendary destroyed libraries: Nineveh, Alexandria, Pergamon, Rome, Constantinople, Baghdad, Córdoba, the libraries of Aztec and Mayan codices or Inca quipus… But in real life, mine is the world of the rural, neighborhood, and community libraries, where books mitigate inequalities and sow hope. Today, as always, they are places of welcome and resistance.

Have you become one of those characters who wage battles for books, like the ones you mention in your work?

For more than a decade, I traveled back roads and highways to bring my books to small reading groups, educational centers, and tiny book fairs. I’ve always admired the silent work of the many people committed to this task. Recently, I had a chance to speak with librarians and reading promoters in Colombia and Mexico. I was fascinated by their passionate commitment and dazzling imagination in taking books to the most faraway corners. Their dedication and the social dimension of their work make them, in my eyes, the genuine protagonists of the epic story of these treasure chests of words. 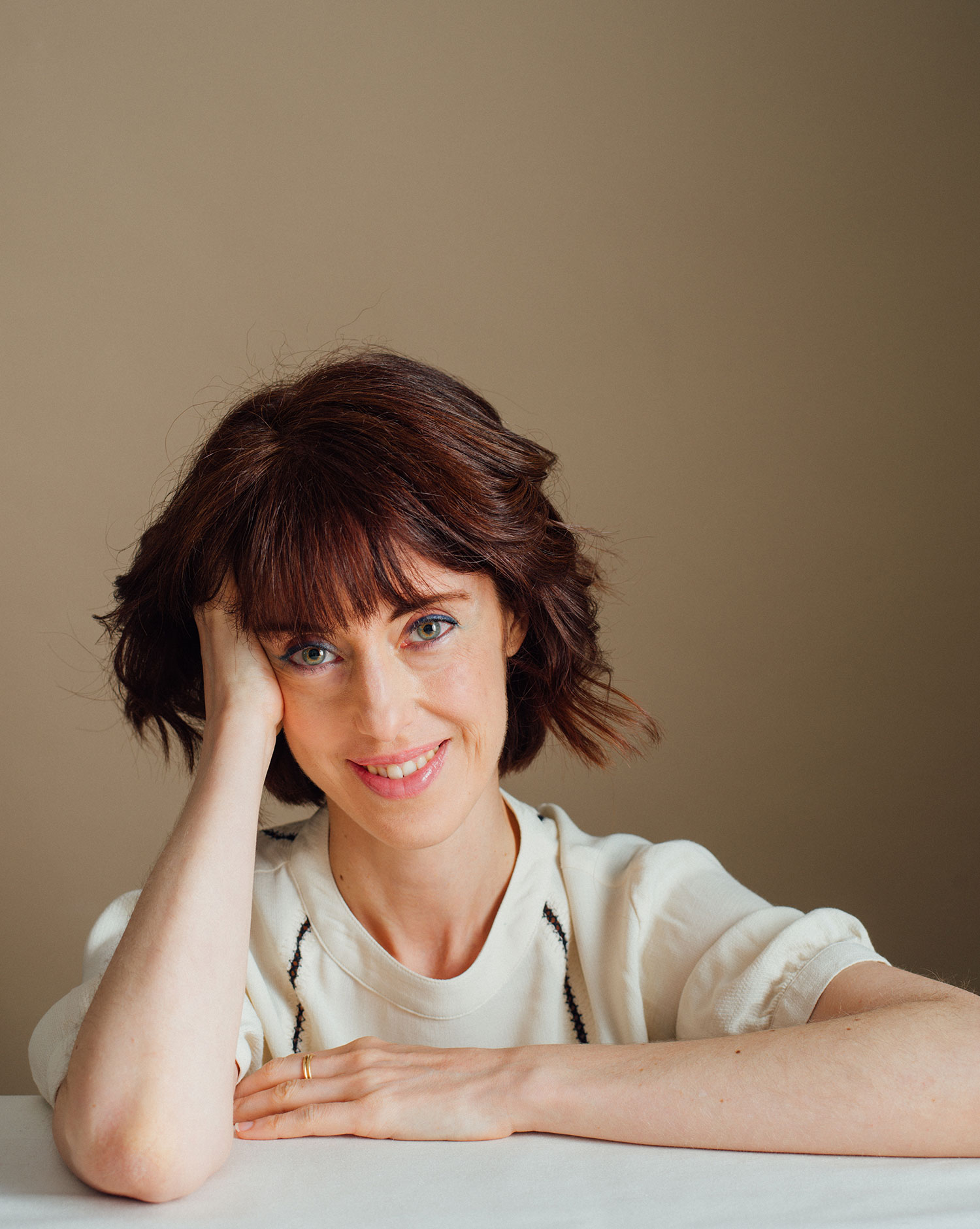 Did the quarantine and global pandemic influence the way your book was received?

I never dreamed, not even in my wildest fantasies, that this work would be so well received. In fact, I wrote it as a very personal journey, at a difficult time in my life, thinking it would be my most extravagant project and the least likely to find a wide audience. An adventure story, free, sometimes humorous, always passionate, and without academic limitations. And yet, what has most surprised and moved me is that so many readers found shelter in its pages from the discomforts of the pandemic. Who would have imagined that an ode to books and words could provide a bit of relief in such grave circumstances?

How is the mark of women woven into the history of books?

For most of history, women approached the canon in tatters. I devoted myself to the almost detective-like task of uncovering their trails and restoring their names. It was a huge surprise to discover that the first non-anonymous text in world literature was signed by a woman, the Akkadian priestess Enheduanna. I found other silenced facts along the way and I have tried to take a new and updated look at the legacies of women like Cleopatra and Aspasia.

Do you identify more with Arachne or Penelope?

Penelope doesn’t get her due. Aside from waiting for the return of Odysseus and keeping hope alive, she reigned for twenty years in Ithaca, astutely and without bloodshed. She was powerful, not a passive woman. Even so, I identify more with Arachne, the weaver, and with the countless generations of women in the Americas who, based on ancient traditions, write using their backstrap looms. My books are tapestries in which I use words to embroider my stories.

Is Infinity in a Reed a work about classic books that, in turn, has become a classic?

The authentic classics about books have already been written by Borges, Eco, Alberto Manguel, Alfonso Reyes… My work is a mere tribute, an invitation to read and learn about our exciting history as readers. I still feel like an apprentice, a newcomer to this wonderful adventure of writing. The warm welcome that readers have given to Infinity in a Reed makes me think that this strange family of ours – lovers of books, culture, and humanities– is larger than people think. There is an audience, a silent, but vibrant minority, that enthusiastically defend the age-old belief that words and reading are valuable. Perhaps after decades of marginalizing and devaluing the humanities, the time has come to restore their place in our tumultuous present. Now more than ever, the world needs philosophy, creativity, ethical reflection, and calm.

Writer Irene Vallejo Moreu was born in Zaragoza in 1979. She holds a Doctorate of Classical Philology from the Universities of Zaragoza and Florence and writes for the Heraldo de Aragón and El País newspapers, mixing current events with the teachings of the ancient world. Since 2011, she has published novels (The Buried Light and The Goalkeeper’s Whistle) and ventured into children’s and young people’s literature (The Inventor of Travel and The Legend of the Gentle Tides). Her most recent book, Infinity in a Reed (2019) became a publishing phenomenon, selling 150,000 copies worldwide. It was published in twenty-six editions and translated into thirty languages. The book earned her the 2020 National Essay Award in Spain, among other honors. 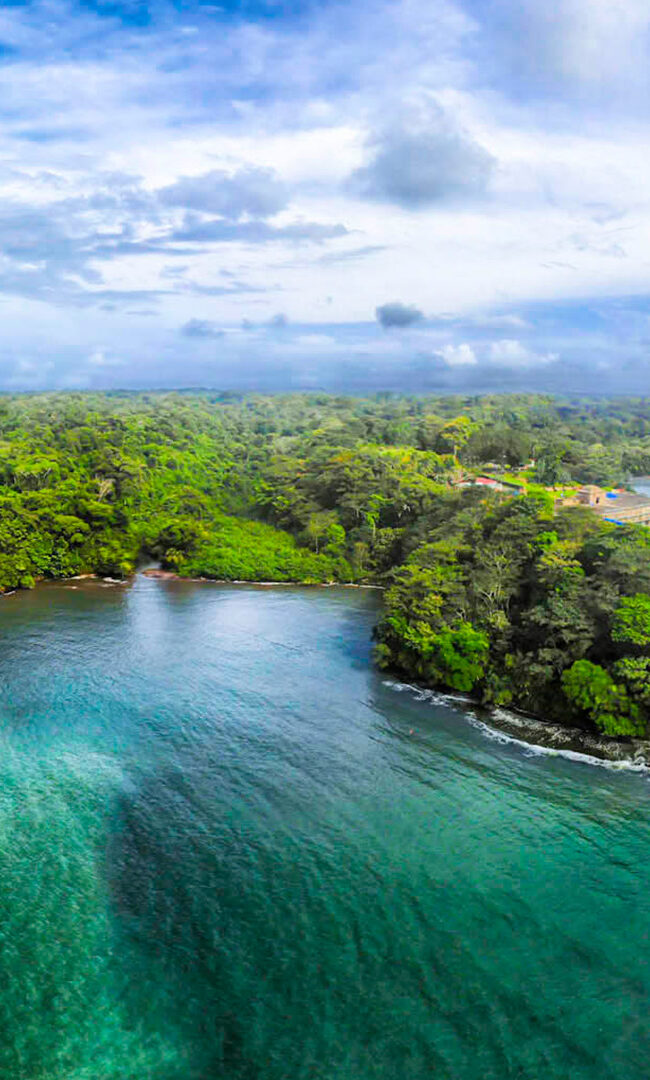 Panama from top to bottom 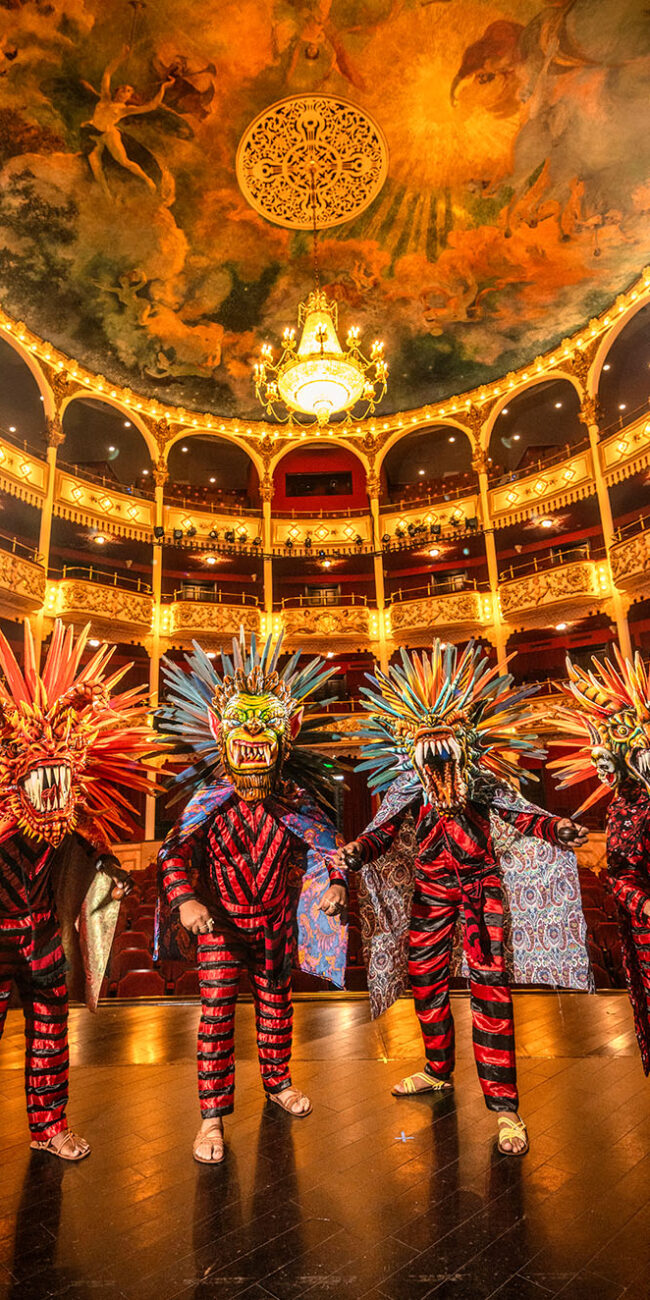 National Theater of Panama: a space for all the arts 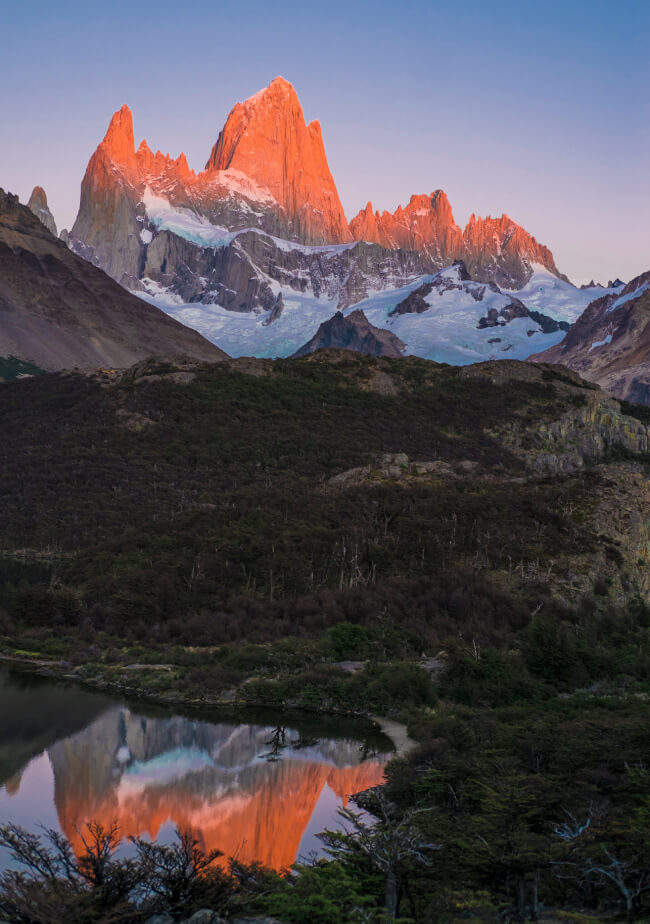 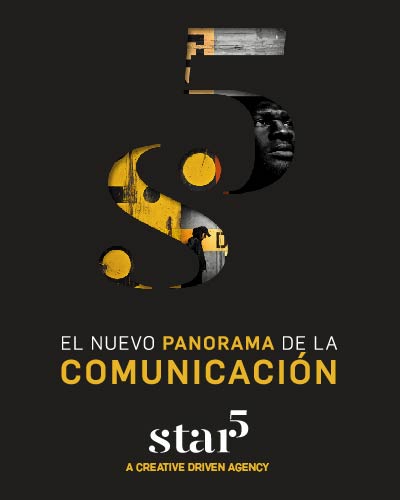 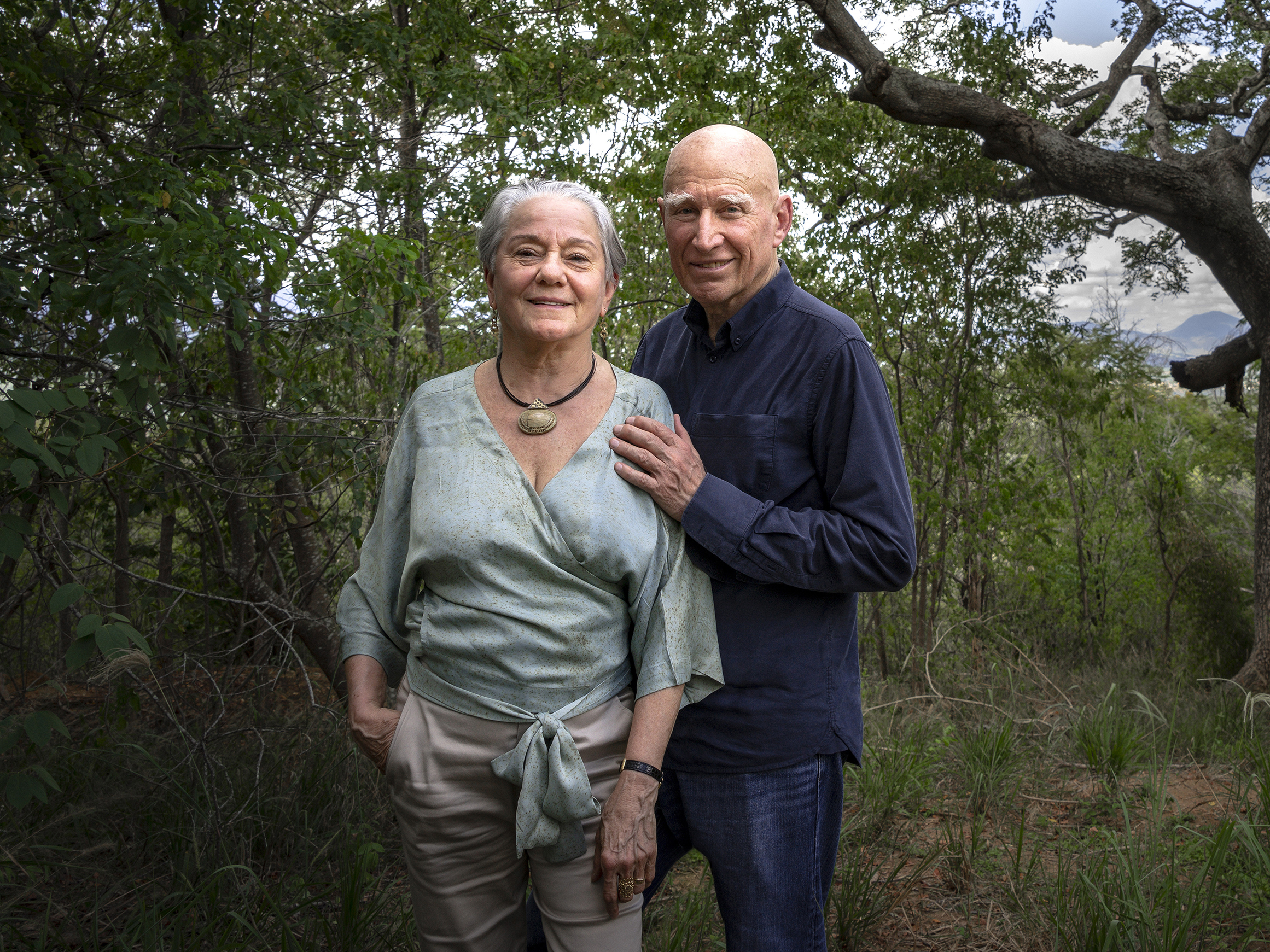 We enter the exhibition “Amazonia”, by photographer Sebastião Salgado, at the futuristic Museu

We spoke with Thony Lions, the first Panamanian to participate in the Atlas of Humanity, about his w 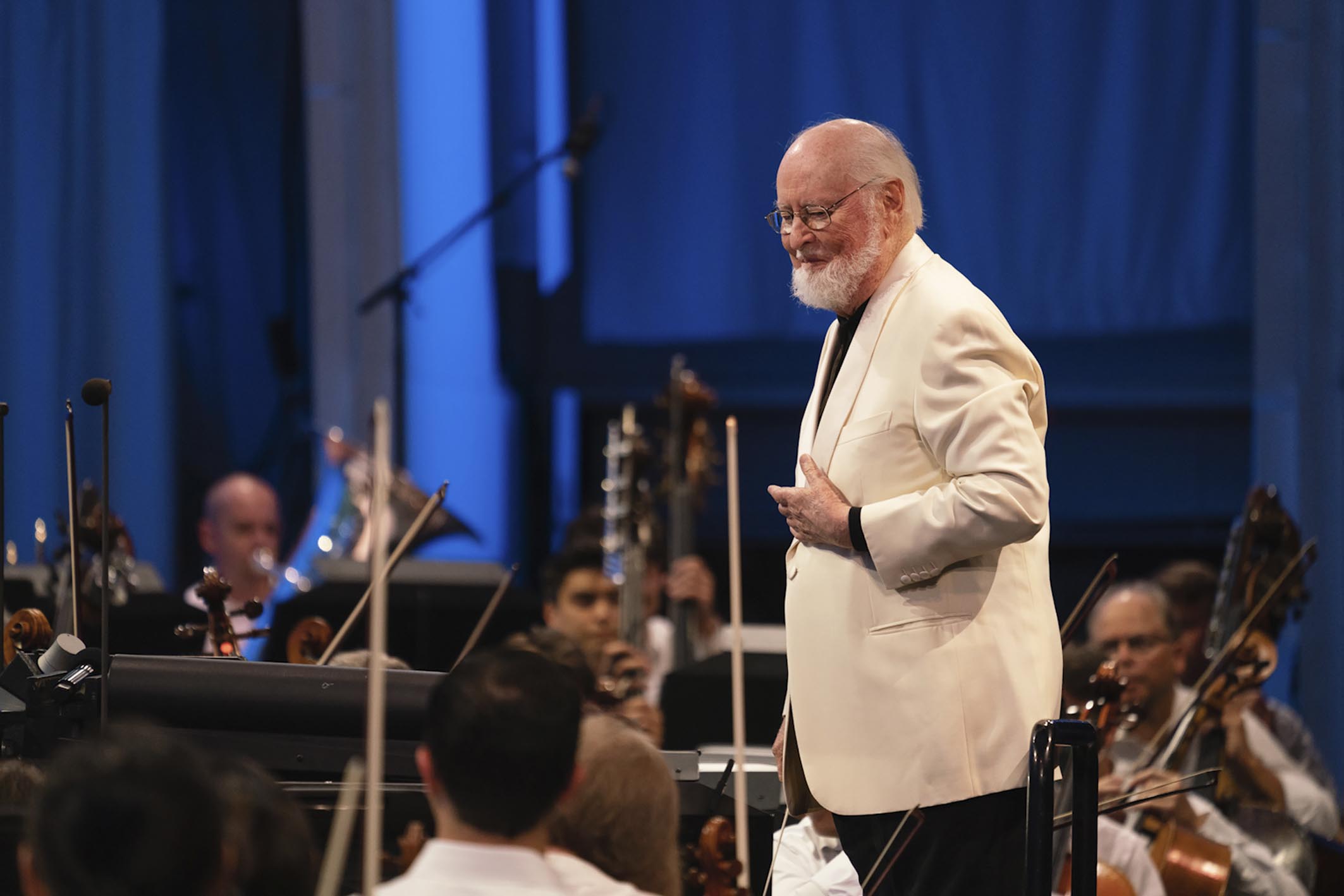 John Williams is the most successful film composer of our times, with more than a hundred films unde 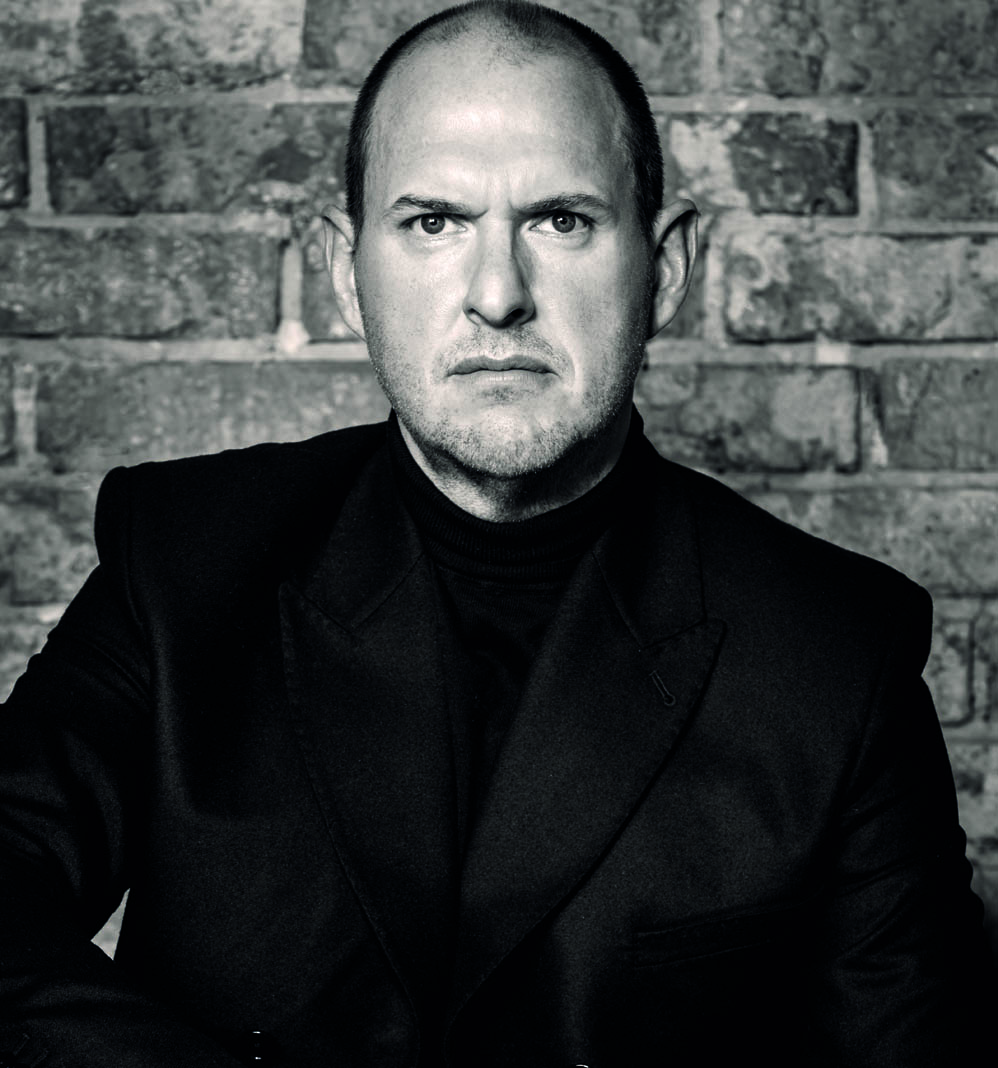 Andrés Parra: Like a Fish in Water On Stage